The Breitling Superocean II 44 and the Omega Planet Ocean 600m Master Chronometer are two very popular dive watches and each has their own fan base who will swear by their model of choice. How do you know which is the best for you and for your individual needs though?

Let’s compare and review two watches with similar aesthetic features from each of these collections and see how they differ “under-the-hood”. We will then compare what they have in common and take it all into consideration to find out which is the best choice for you and your needs.

We’ll take two models that come on a stainless steel case with a steel bracelet and a black dial. The first model we’ll look at is the Omega Planet Ocean 600m Master Chronometer reference # 215.30.44.21.01.001.

Here are the highlights and proprietary features that you will find on the Omega Planet Ocean 600m Co-Axial Master Chronometer watch but not on a Breitling Superocean II 44 watch:

While this appears to be a pretty long list of added features, these added features come at a price. You’ll find a Breitling Superocean II 44 such as the model a17392d71b1a1 depicted here, has a retail list price of around $4,200 while the Omega Planet Ocean shown here (model 215.30.44.21.01.001) costs over one and a half times that price. 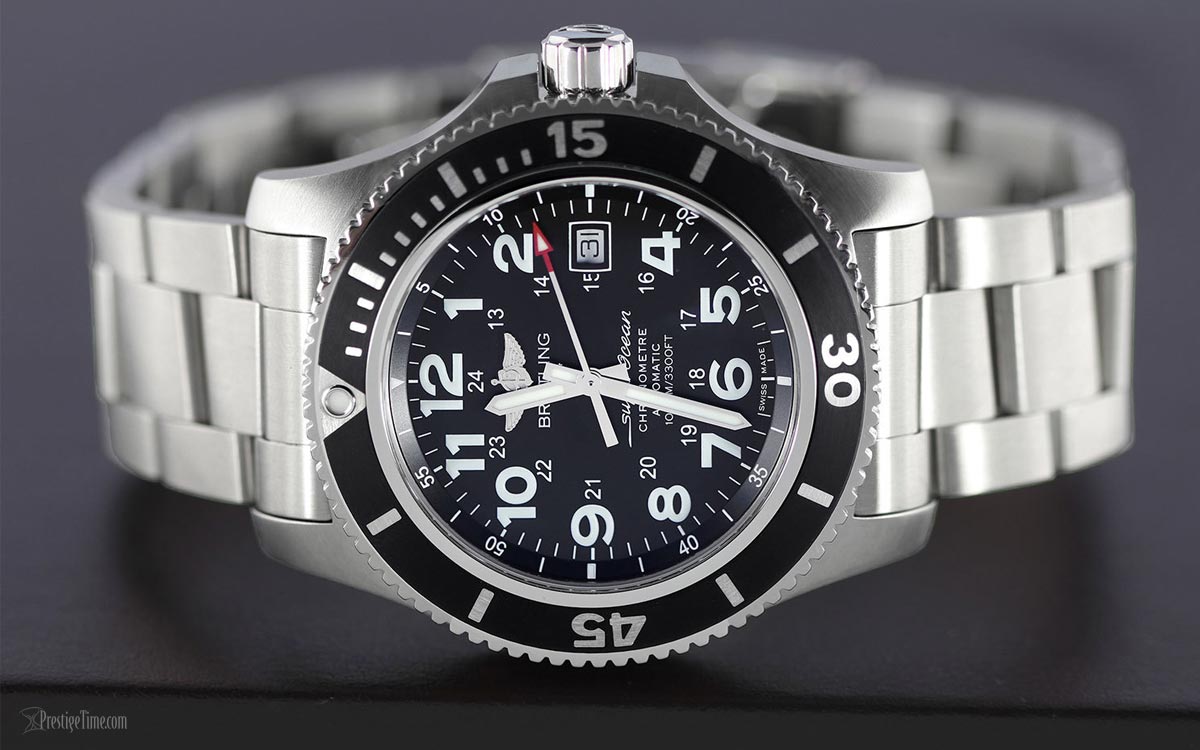 Does the Breitling Superocean II 44 have features that outshine the Omega Planet Ocean 600m? Certainly!

One thing to consider if you are very particular about the looks of your watch. The Breitling Superocean II 44 collection only has about 6 watches in the collection and most look very similar with slight variations on the dial color and band color. The Omega Planet Ocean 600m Co-Axial Master Chronometer 43.5mm series has a larger selection and with more variety of styles and some with some really sporty looking straps as well such as the model below. 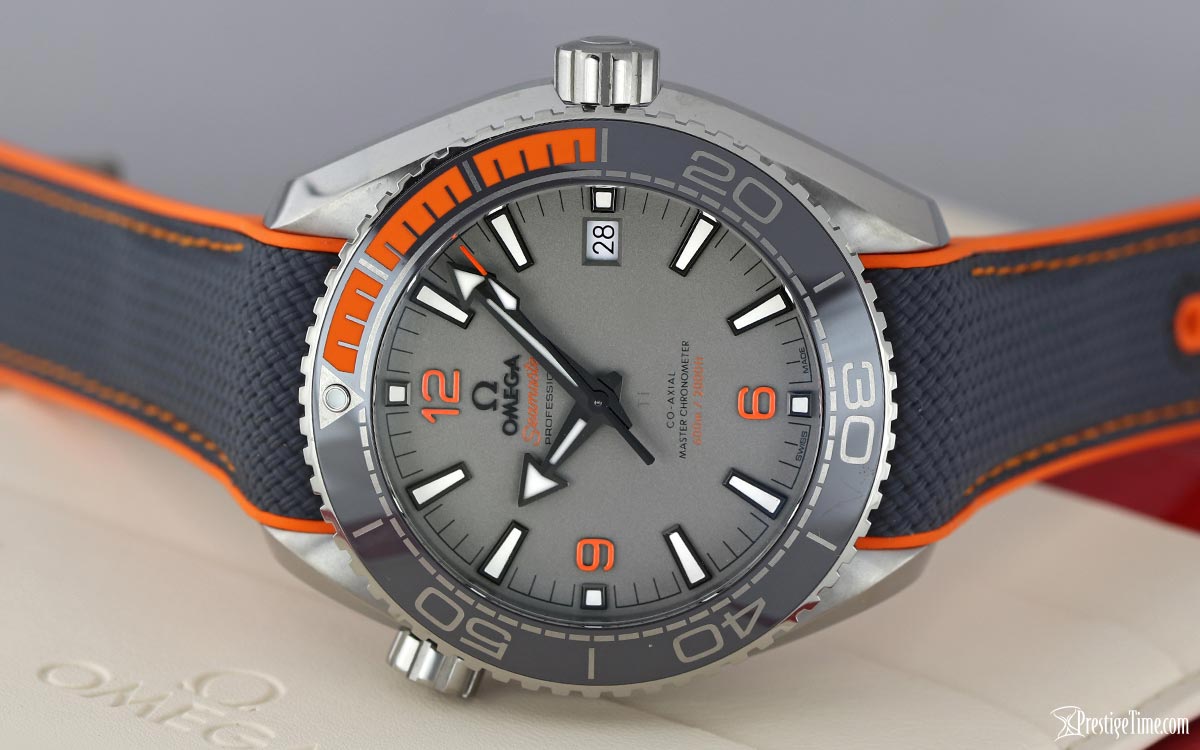 Now let’s compare what these two watches have in common.

Both manufacturers make excellent dive watches. With regards to water resistance, the Breitling can handle more pressure on the case but in terms of almost every other feature regarding the mechanical movement, Omega is a few steps ahead. Omega is also a more recognizable brand. Then again these come at a higher cost. Want to see more? Use the buttons below to browse each of these collections. 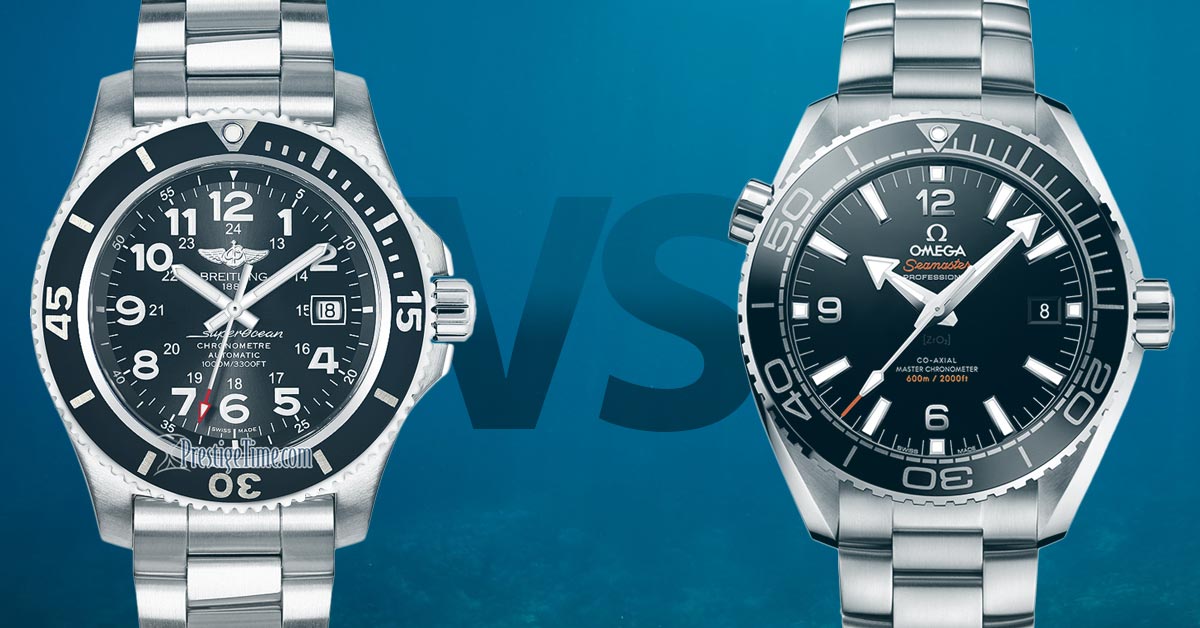