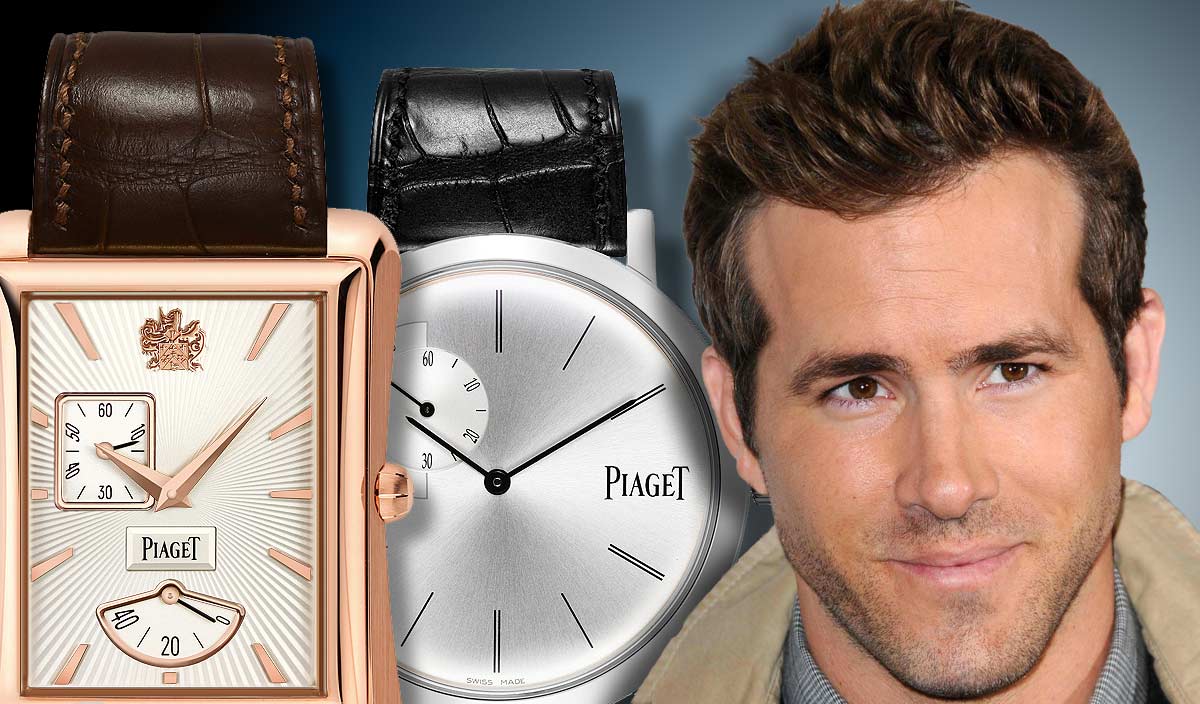 As one of the most popular actors with hit movies such as Deadpool, Green Lantern and Blade Trinity, Ryan Reynolds' heroic roles and magnetic personality won him Ambassadorship for this luxury Swiss watchmaker and master jeweler. In Style magazine announced the good news in a June 9, 2016 online news article that Ryan Reynolds is named the new brand ambassador for Piaget.

Reynolds, who played many iconic roles in Hollywood blockbusters made a statement saying that he was happy to be appointed as brand ambassador for a brand that he remembers since he was just a child. He explained how craftsmanship, elegance and creativity are key factors in becoming and remaining a great brand such as Piaget watches. He admires the elegance and timelessness of their designs and as someone from an industry where things change really quickly, finding something iconic and timeless is priceless and is the reason why he loves the Piaget brand.

The CEO of Piaget watches, Philippe Léopold-Metzger explained that Ryan has a combination of elegance and a charismatic personality that can charm audiences anywhere. He also takes on quite daring lead roles on screen and is therefore on of the top Hollywood personalities.

The marketing team at Piaget has had actress Jessica Chastain as a brand ambassador since January 2015 and had since looked at Ryan Reynolds as a great candidate. Clearly they did their homework when choosing their new brand ambassador with this young and dynamic actor.