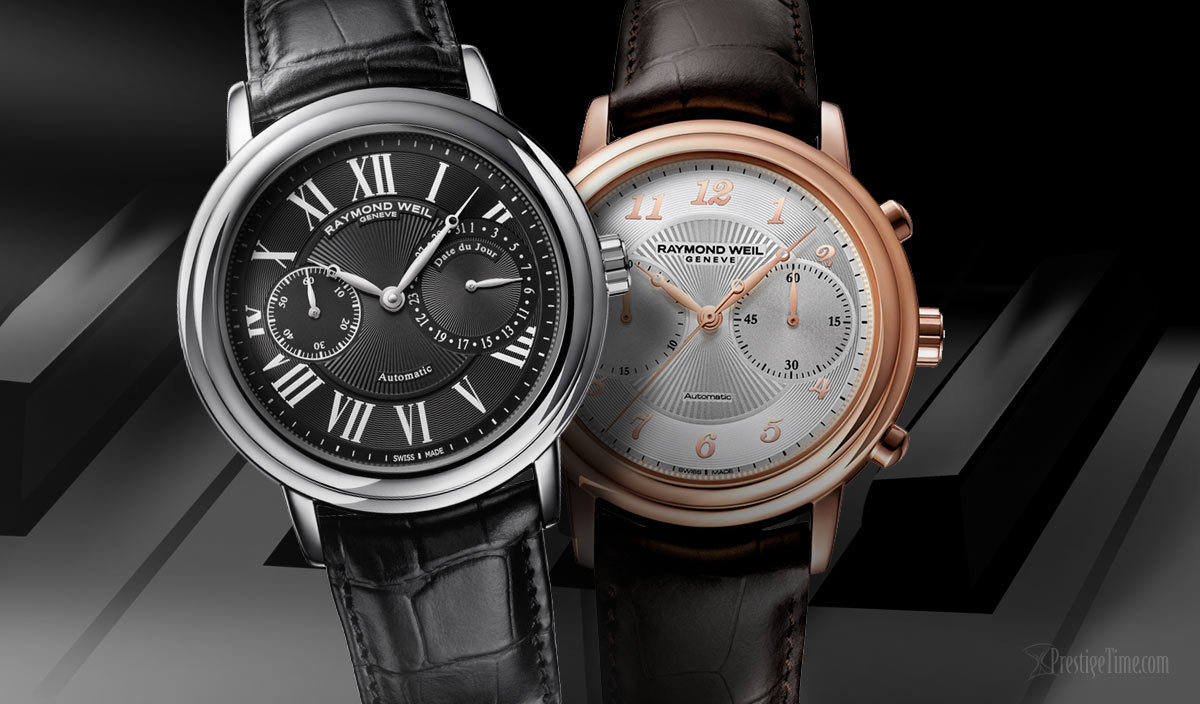 The story behind this independent Swiss watchmaker, his business, and his tradecraft.

Raymond Weil was born in Geneva in 1926 but grew up in France between the cities of Paris, Nice, and Salon-de-Provence. He always had an interest in watches from a very young age and got into the business of watchmaking when he ran into an old friend from school one day. A few years after the end of WW2, his friend persuaded him to come and work for his father's watch company, Camy Watch SA. Over the 27 years that he spent working there he rose up in the ranks and wound up leading the company.

Raymond Weil worked for the company until the infamous Quartz crisis hit the watchmaking industry in the seventies. When that happened, the market was flooded with electronic quartz movements and many Swiss watchmakers were forced to capture their own segment of the quartz watch market to help keep their doors open. It was either that or keep producing traditional mechanical movements and weather the storm in hopes that the winds would subside.

It was 1976 when Raymond Weil decided to open his own business. This was just as the Quartz crisis was at its peak. His watch company was originally called Dinita which was taken from the names of his two daughters, Diana and Anita. He wound up renaming his company at the suggestion of a Saudi client who said he might do better in business by naming it after himself and thus the Raymond Weil Genève brand was born.

Thanks to the advent of the quartz movement he saw that an opportunity presented itself with consumers who were just starting to buy watches but were specifically looking for more affordable watches. His goal was to start producing traditional mechanical watches and make them affordable. Eventually, he wound up getting in on the quartz craze and also started producing his own Raymond Weil Quartz Watches.

Aside for the Maestro watches, there are other musically named series such as the Tango, the Maestro, and most recently, the Toccata are some of the musically themed collections that are in circulation. The Parsifal is another and is named after a three-act operatic piece by Richard Wagner. The Nabucco collection (no longer in production) is another collection that is named after an Italian opera by Guiseppe Verdi. Looking back over the years at his many collections, the list gets longer.

In addition to being a clear fan of the performance arts, Raymond Weil is part of a dying breed of independent Swiss watchmakers. In the year 2007, Raymond Weil celebrated their independence by launching a new collection of watches for men and women appropriately called the Freelancer. The above image depicts a few watches from this collection.

While Raymond Weil was the one to manufacture many affordable mechanical watches, this didn't mean he would aim to deliver mediocre watches. One example would be the Maestro Phase de La Lune Semainier. This Raymond Weil Maestro is an automatic watch featuring Day, Date, Week Number, Month, and Moon Phase complications.

Watchmaking is an art that requires many complicated pieces coming together in perfect harmony to create a movement.  Coincidentally, so is classical music. While the Swiss watchmaker's daughter Diana was the professional pianist in the family, Raymond Weil was a Maestro himself, albeit a mechanical one. Perhaps that's the reason why his watches, like the Maestro and many more, are so musically themed.