Today we'll explore the many differences between Longines and Omega watches to help you determine for yourself which is a better watch for you. The objective of this benchmark and comparison is to present the facts about both brands. To point out their advantages and disadvantages when we put them head to head.

Longines VS Omega - Which is Better?

Should I buy an Omega or a Longines watch?

This is a common question that we get and in order to properly assess which brand is right for you, you would have to determine what you value most in a watch. Is saving money your primary or only objective when deciding on a purchase? Is wearing a more recognized watch brand what you're looking for? Is wearing a more mechanically advanced watch or perhaps an iconic watch what you are trying to achieve? Or are you hoping to resell it and trade-it-up one day for another watch? It's also important to find out how you plan on using your watch. Are you taking the watch deep-sea diving or are you just using it to tell time?

Depending on how you answer these questions will help you figure out which watch is best for you. Let's address the different ways that these two brands compare against one another.

Which is a more recognized brand Omega or Longines?

Is Longines better than Omega?

The reality is that sporting an Omega watch will get your wrist more attention than if you wore a Longines, plain, and simple. This has a lot to do with marketing and brand positioning and their many proprietary innovations which they push very hard in their marketing and various advertising campaigns. Also, in terms of the standardization of these innovations such as the Co-Axial escapement in their movements makes their watches attractive to buyers. This doesn't take away from the fact that Longines is a company that makes excellent timepieces too. There is also the bang for your buck factor that you would get from a less recognized brand. Recognition is great but it also comes with some added costs.

Use the buttons below to read our full brand review and list of frequently asked questions about each of these brands.

What is more affordable, a Longines or an Omega Watch?

This is one of those areas where Longines gets a chance to outshine Omega. The most affordable Longines, the Conquest Quartz 43mm 33mm, or 29.5mm has a list price of about $800 and at this price point, you can also find the Conquest V.H.P which is possibly one of the most accurate quartz watches in history.

What is the best Longines watch? Longines manufactures some watches that have an MSRP of $16,500 such as the Longines Weems Secon Setting which for a watch is at a more high price point that is considered a luxury by anyone's standard.

So if you are going to ask "Is Longines a luxury brand?", well, they certainly have some watches that have the price tag of a luxury item. Though they are not as upper-market as other luxury watch brands such as Rolex or Patek Philippe.

You can purchase an entry-level Omega watch for a list price of around $2,750. This would be the Omega Aqua Terra Quartz 38.5mm for men or 30mm for ladies. So Longines is more affordable. 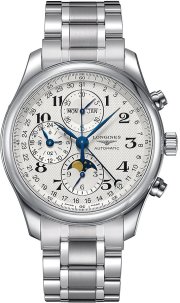 Let's take a closer look at the higher end mechanical models now. The Longines Master Complications at only $3,325 does more than just tell time. It has a chronograph and a moon phase complication. Getting an Omega watch with the same two complications, (such as the Speedmaster Moonphase, for example) will run you around 3 times the price at $10,600. In Omega’s defense, their version is a COSC certified chronometer movement, the highest designation that a mechanical watch can receive and it offers higher accuracy and quality than standard mechanical watches.

Which has better resale value, Omega or Longines?

While the resale value cannot be painted with a broad brush because of the many variables that are in play if and when you decide to sell your watch. Some of these factors that play a big part in the value are the model itself, the condition it is in, if it includes the original documentation, if it's still under warranty, the rarity of the watch such as a limited or numbered edition, etc. That being said, in general, Omega's watches have better resell value, which for the sake of this comparison is considered good, but Omega certainly doesn't have the best in the business when it’s compared to other higher market brands. 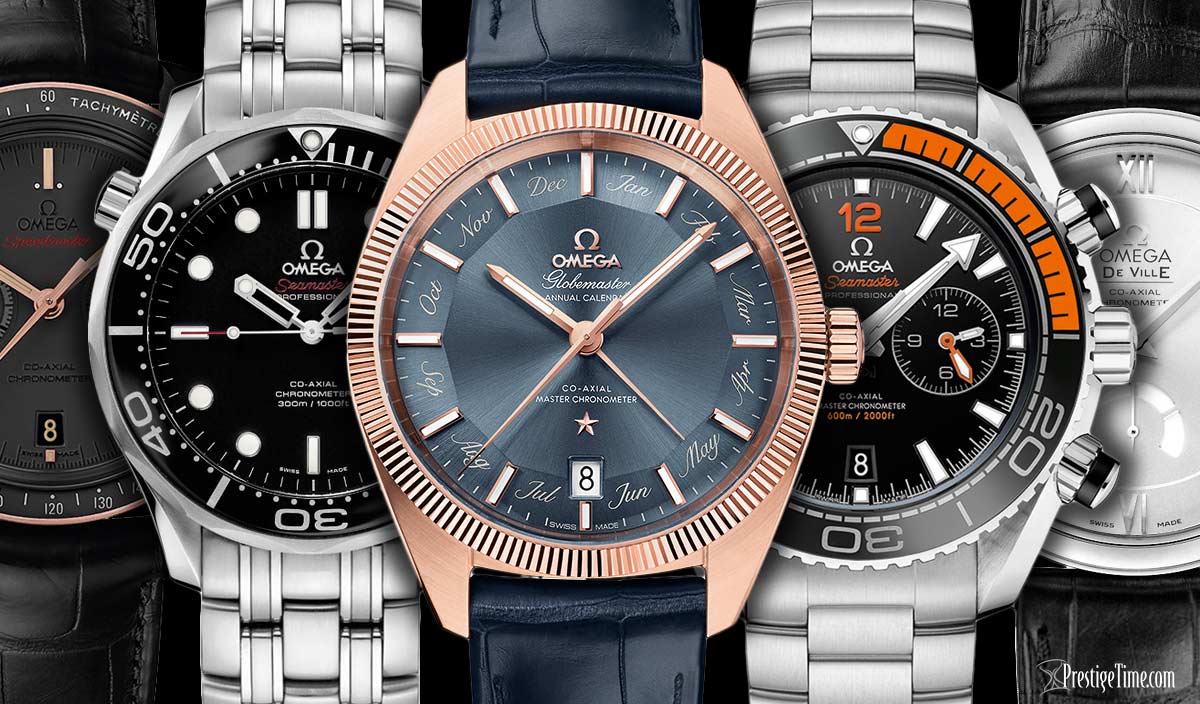 Seeing as Omega's brand offers added value in their watches and not just in resale value but in practical value with things such as the difference in water resistance on their best diver's watches, or the increased accuracy on their COSC certified chronometers, etc. Many would choose Omega since you would ultimately get a better product. For horology geeks that swear by in-house movements, many argue if Omega calibers are made in-house, since the parent company, a conglomerate named Swatch Group also owns ETA the largest provider of Swiss-made watch movements in the industry.

That said, there are also many other things to consider which include Omega's proprietary components such as the Si14 silicon balance spring which is more resistant to magnetic waves than the standard balance spring, and their famous Co-Axial escapement which requires less frequent servicing and offer a longer warranty period, and ultimately more peace of mind in the long term. Omega is also the only watch manufacturer that has timepieces with the COSC certified Chronometer designation and the METAS certified Master Chronometer designation at the same time. This combination is a testimony to not only their overall quality but their resistance to electromagnetic frequencies, precision & accuracy, and water-resistance. Watches with this designation would have the words Master Chronometer on the dial.

Why would someone buy a Longines watch instead of an Omega?

What it boils down to for most shoppers that wind up choosing Longines would be the price point. It's a watchmaker that is well known and it doesn't cost an arm and a leg to get one. Another reason may be the design of the watch itself. You might find one watch more appealing than another based on the appearance and not really care about what's "under the hood".

Why would someone buy an Omega watch instead of a Longines?

People that would choose Omega are usually looking for a more respected brand, a more functional watch, or a watch that has a higher resale value. They are willing to pay significantly more for the added value that the Omega brand brings as well as the extra years offered in Omega's warranty period. Another thing that may influence the purchase decision is the actual design. Let's face it, sometimes you'll just like the look of one watch over another and you're willing to pay for a quality watch that you find has more style and is more attractive to you.

Comparable watches from Longines and Omega

Use the buttons below to browse our website for deals on watches from either of these two brands.