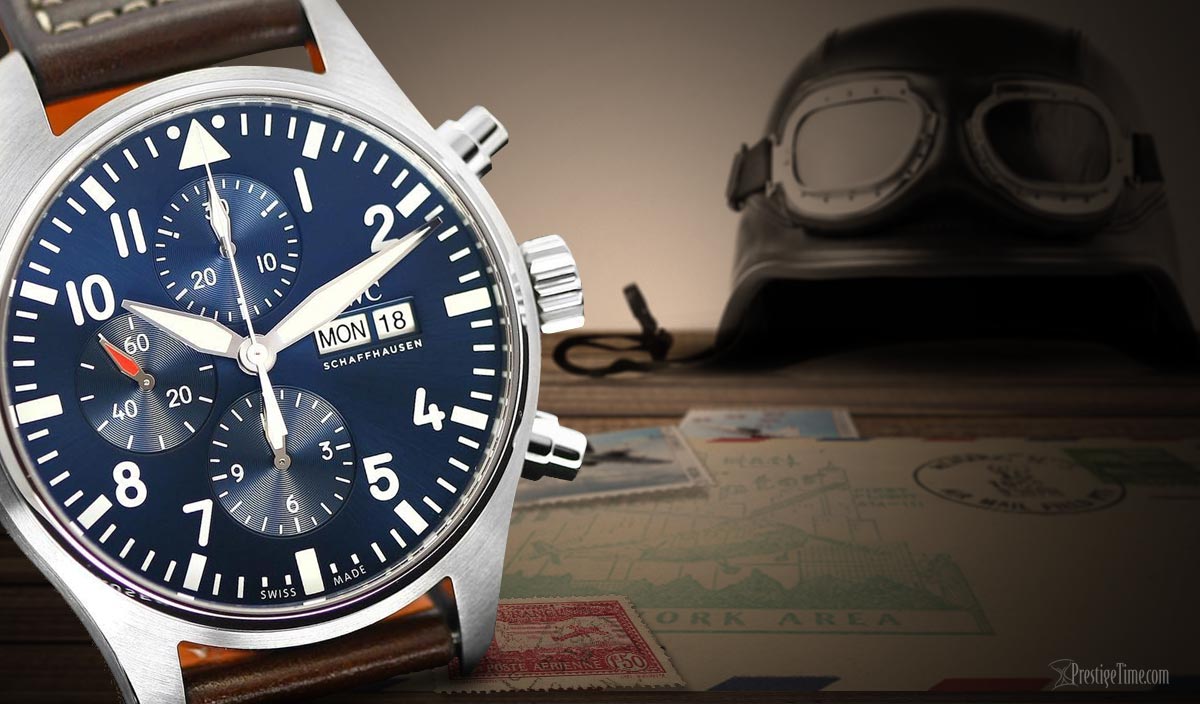 A pilot watch worthy of its namesake.

Inspired by his pursuance of high altitudes, his bravery, and his many notable achievements, IWC pays tribute to a laureate of several of the highest literary awards in France, the writer, journalist, poet, aristocrat, and one of the pioneering aviators, Antoine de Saint-Exupéry with the IWC Pilot's Watch Chronograph model # iw377714 Le Petit Prince.

This blue dialed chronograph is unmistakably a Pilot watch to its core, a characteristic that it has in common with Antoine de St-Exupéry. With homage to his most famous book titled "Le Petit Prince" or "The Little Prince" in English the author and French Air Force pilot Antoine Saint-Exupery is honored with an IWC Schaffhausen Swiss-made watch for his books which was translated into over two hundred and fifty different languages and voted the best book of the 20th century in France.

Before the second world war, he was an accomplished commercial pilot who worked the postal routes from Europe, South America, and even the African continent. When the war broke out, he joined the French Air Force to conduct reconnaissance missions until 1940 and the armistice of France with Germany. 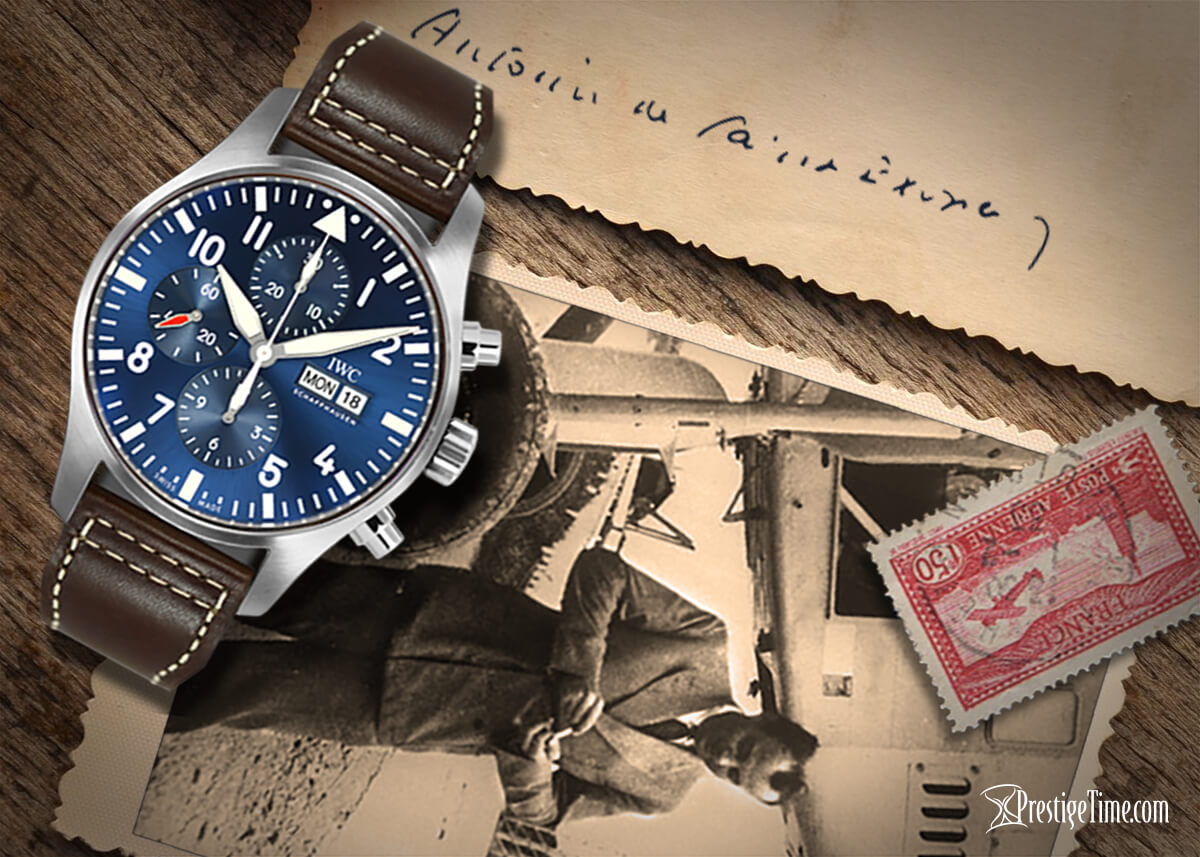 From the top of its stainless steel pin buckle to the end of its white stitched, brown leather strap the IWC reference iw377714 is a modern reflection of a literary icon from an era long passed. An era where the scorched European earth was covered in debris and bomb fragments from world war two planes. An era when people fought for freedom and war meant something to a country. It was a time in our not-so-distant history when people were waging war and fighting on the front lines and not from behind a computer terminal, a time when things were analog and mechanical, not digital.

The IWC Pilot's watch with its chronograph is a modern horological déja-vu of a time when an accomplished writer, famous aviator, poet, journalist, and aristocrat gave up his personal achievements and valiantly defended freedom. After France's armistice with Germany, Antoine was demobilized from the Air Force. He traveled to the United States to convince the American government to step up and get involved to help defeat the Nazis. While spending over two years in North America he wrote three of his most important works.

Every fiber of Antoine de Saint-Exupéry's being was that of a pilot. It was apparent in all his literary works. When he disappeared off the face of the earth while on a flight mission, there had been much speculation about what type of fate he may have suffered and what has become of him and his aircraft.

It wasn't until 1998 when a bracelet bearing his and his wife's name was discovered at sea. This news swept across France like a tidal wave and the French people were in a highly emotional state when they heard of this discovery. At the time Antoine was already a national hero and his iconic status had them question the validity of this claim since the bracelet was not found in an area that was in his flight path. When in May of the year 2000 they discovered parts of his Lockheed P-38 spanning over a large area off the coast of Marseilles, it took the French government 3 years to recover all the remains of his aircraft and another year for them to authenticate them as the confirmed remnants of Antoine de Saint-Exupéry's aircraft.

While the story of Antoine de Saint-Exupéry ends on a bittersweet note.

The IWC Schaffhausen Pilot's Watch Chronograph model # iw377714 Le Petit Prince is a tribute to his legacy, his genius, and his bravery for he gave inspiration to many to make the most of the time they spend on this earth. There are, in fact, quite a few different Pilot watches from IWC that are Le Petit Prince editions.  Click on the button below to browse all of them.