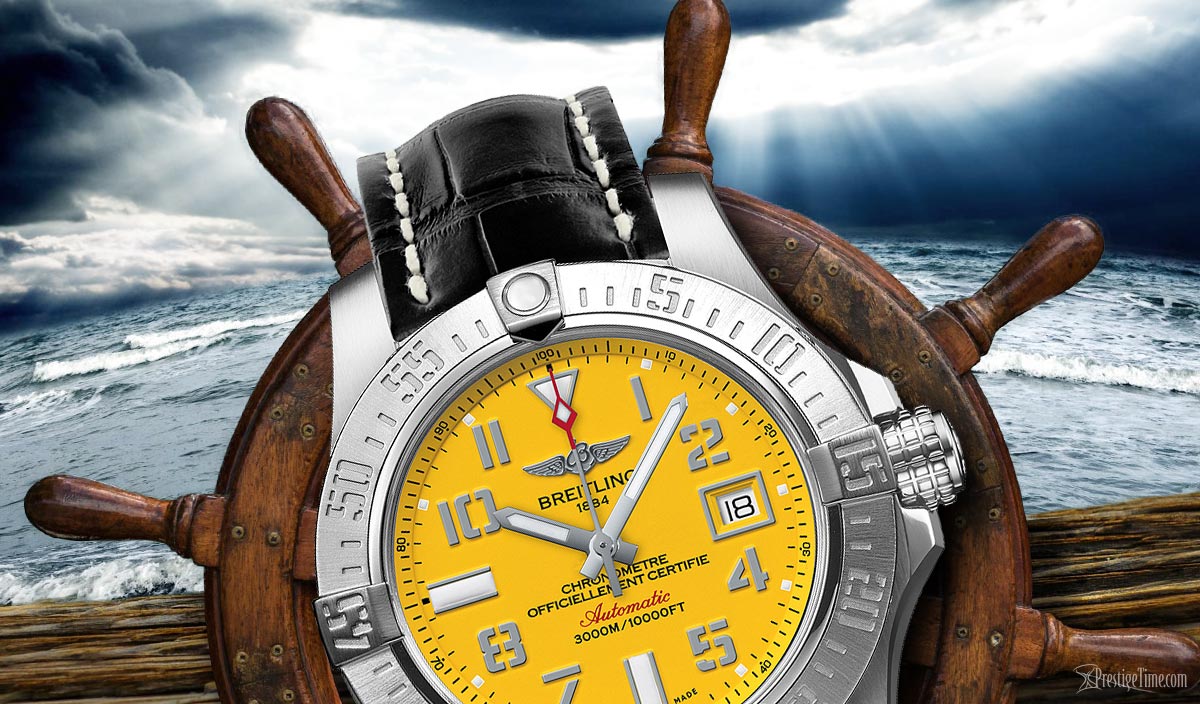 Breitling hits the nail on the head with this amazing nautical watch. Do you dare to explore it?

As the waves collide against the ship, lightning crashes as if to announce yet another adventure that has you standing at the uncertain point between life and death. The deafening sound of thunder reverberates through the open seas and you realize that you are facing the fiercest elements in the world. Poseidon himself wouldn't dare leave home in these conditions let alone venture out to sea …but, not you. 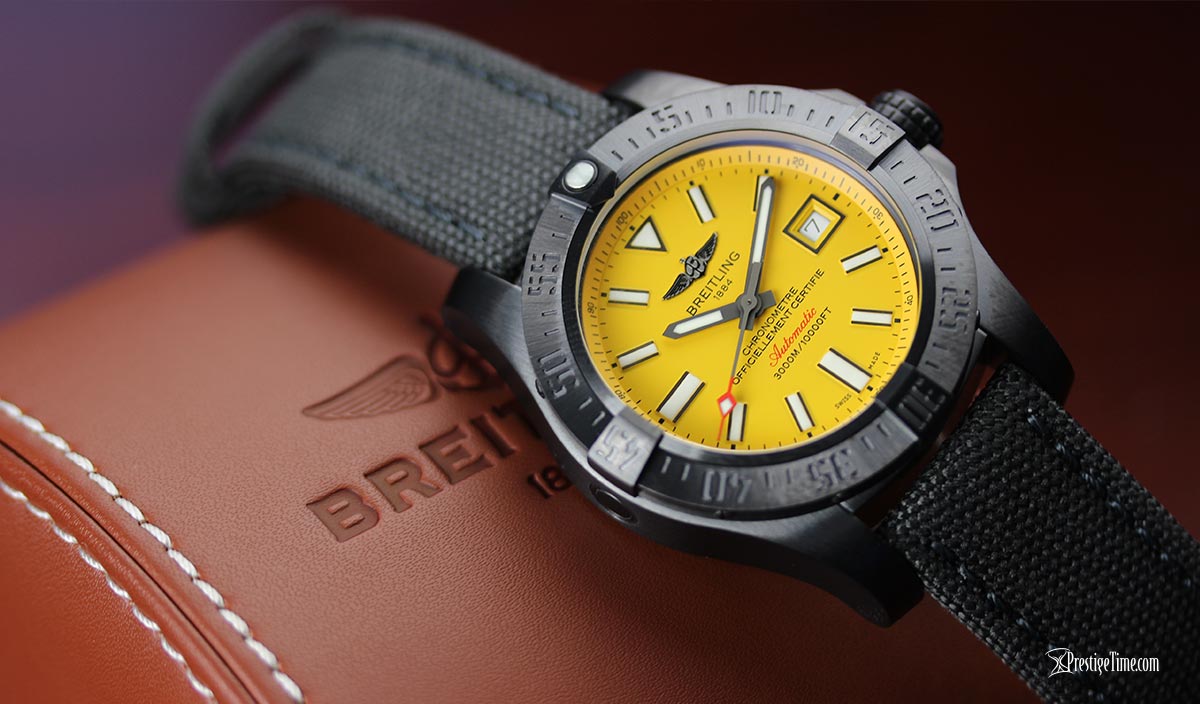 You put on your Breitling Avenger Seawolf watch, your raincoat and captain's hat and look out at the raging sea with the determination of the captain of a Viking ship. You board your ship because you're equipped with the wherewithal to show the sea who's the real boss. You sound your horn as if to say "Look out world, I'm coming to get you!"

Your fearlessness comes from within but also from the ruggedness of your equipment. As you fasten your yellow raincoat, you grin as you notice the perfect match between the yellow hue of your Breitling Avenger II Seawolf watch dial and your captain's storm coat.

You then realize that the watch you are wearing stands a better chance of survival than your ship with its 10,000 feet water resistance and decompression valve. It occurs to you that the watch you are wearing is like an airtight submarine vessel that just happens to tell time very accurately. Although you don't intend to venture 3,000 meters into the water during this adventure, it is reassuring that your pressure regulated watch can bravely take that kind of plunge if it chooses to do so. 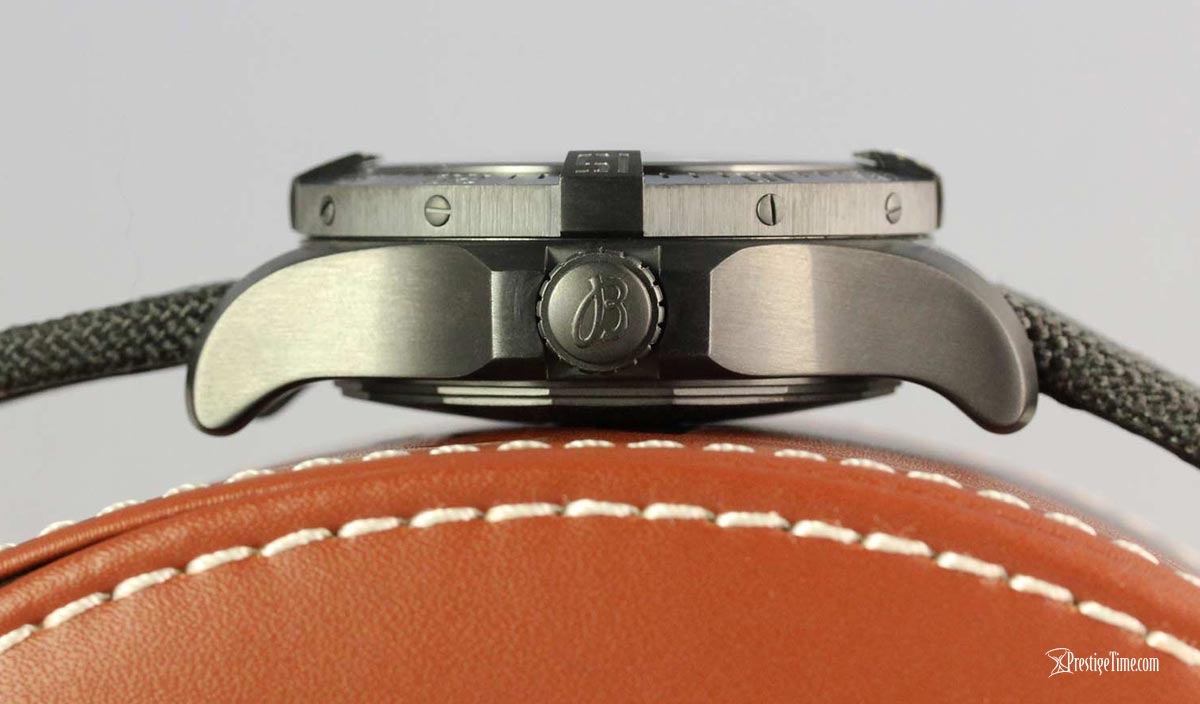 Even if you choose to join your Breitling Sea Wolf on an underwater exploration someday, you know the trip will be timed to perfection with the help of your Breitling Avenger II Seawolf's 25 jewels, Caliber 17 automatic movement, a COSC certified chronometer with a 42-hour power reserve. Its mechanical movement is about as good as it gets. As you coast along you hear the blast of another vessel's horn. 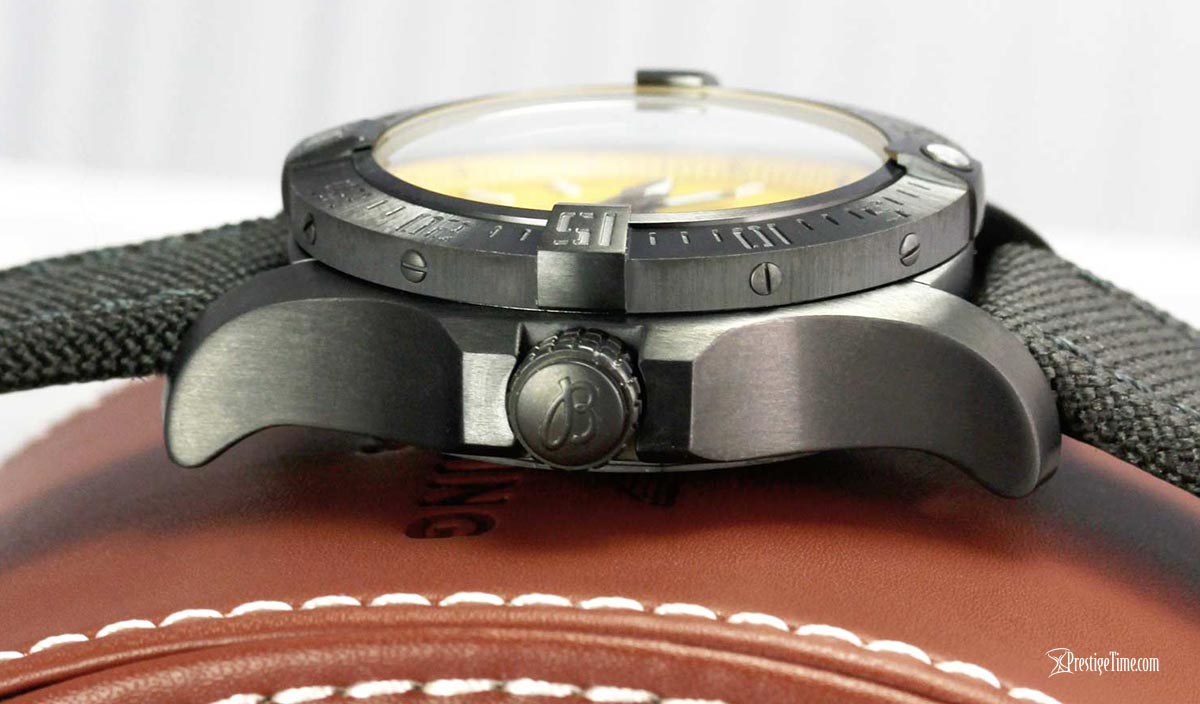 The hazy feeling in your head leaves you as you gaze at the luminescent filled hands of your Breitling watch and realize it's Monday morning and you're stuck in traffic. As the rain drips down your windshield, you drive past that billboard for the new Breitling Avenger II Seawolf Blacksteel super divers watch. You sigh and think to yourself:

"Life is the greatest adventure."

In all seriousness though, this watch is built solid. Holding it in your hand, you physically feel that extra weight you would expect from a heavy-duty deep-sea diving watch. The crown screws down really tight and is pretty grippy. All that said, you can see how the water-resistance on this watch is superior to most other diver's watches. It feels like you are holding a solid piece of military gear from the good old days. The kind of gear that they would drop out of an airplane from 10,000 feet. The luminescent material on the indexes and hands is bright and sized perfectly to maximize visibility. The bright yellow dial has excellent contrast and is very bright in low light conditions. The fabric "NATO" strap is thick and built solid. Even the bezel with its screws on the side looks like the hatch on top of a submarine. Everything you need to take a serious underwater plunge ...and then some. 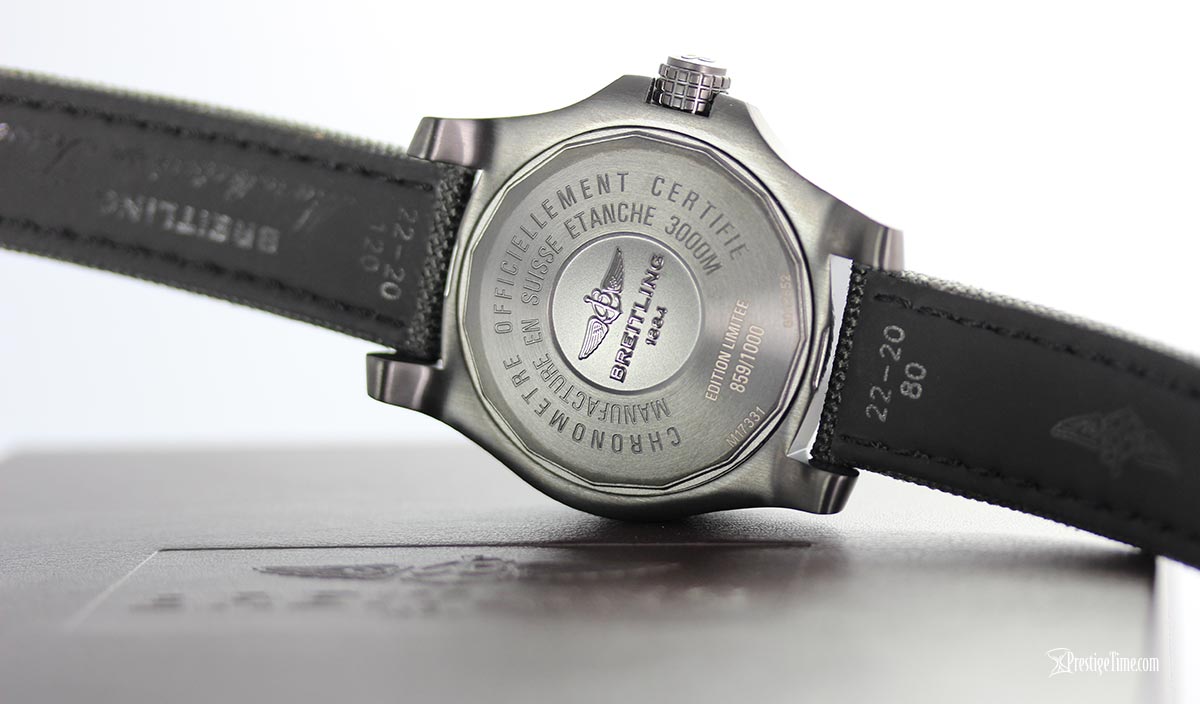