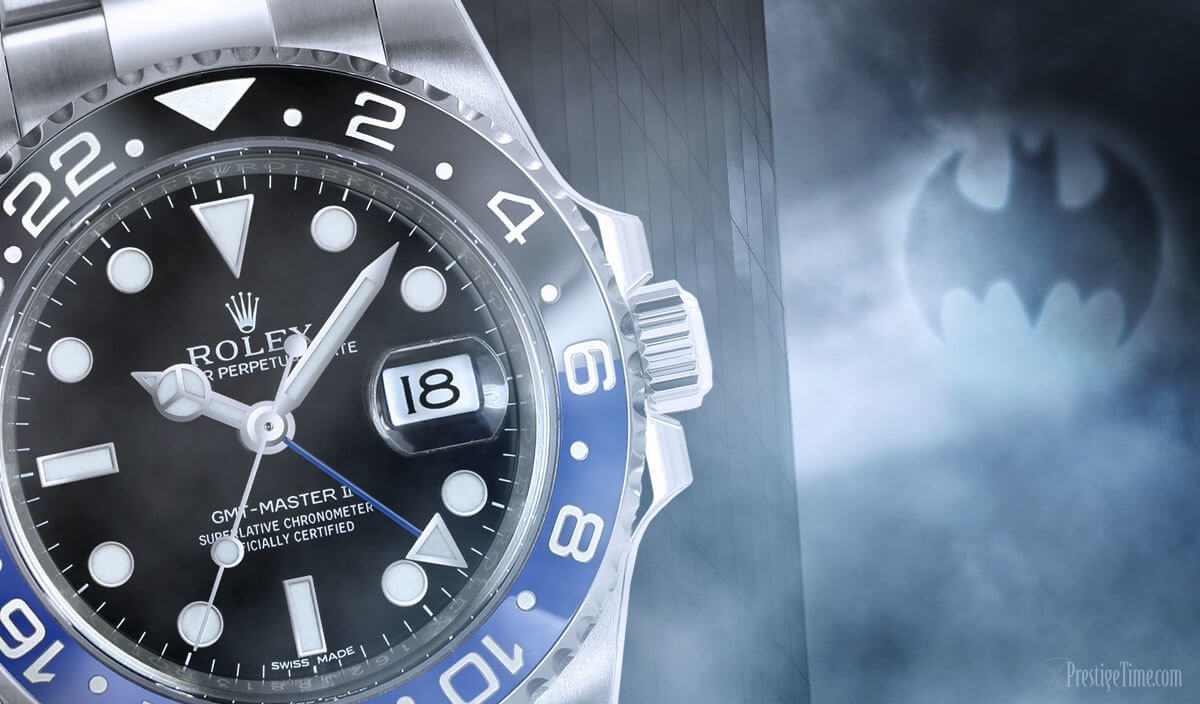 Why is Rolex Batman so popular? What's the connection with The Dark Knight and the Black & Blue Rolex Batman watch? Find out now!

What is a Batman Rolex?

Possibly the most expensive and famous of all Batman watches is the Rolex "Batman".  Of course, we're not talking about any watch that was worn on the wrist of Bruce Wayne. Rather, the Rolex GMT-Master II 126710BLNR (new 2021 model) and 116710BLNR (older 2013 model) with a two-colored black and blue bezel are another one of their watches that got a superhero nickname. Let's find out how and why this Rolex watch is connected to the Dark Knight.

Who wears a Rolex Batman? 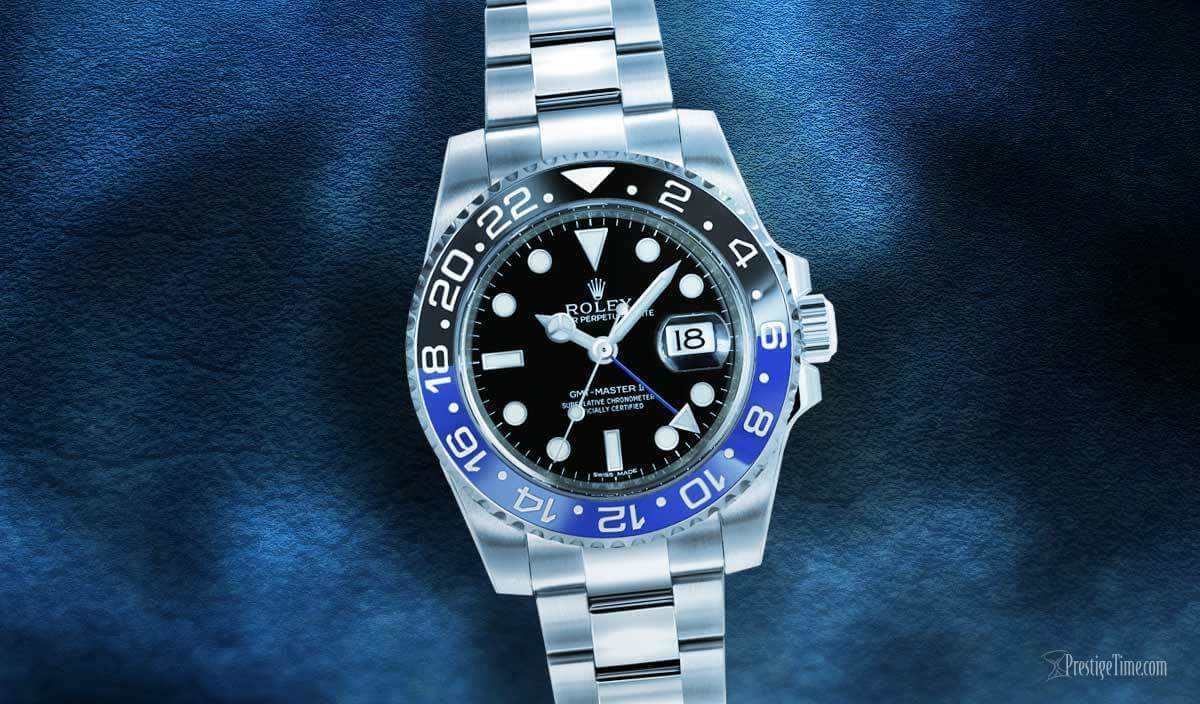 First, we need to begin with what made the difference between the old Rolex GMT series and the new Rolex GMT-Master 2 series? For starters, Rolex has decided to sell watches that make more use of their new patented "Cerachrom" hardened ceramic bezel inserts which are highly scratch resistant and won't fade with exposure to UV rays. In doing so Rolex had to challenge themselves to find a way to combine two colors with ceramic material. Back when bezels were manufactured using metal, this wasn't such a big deal but doing the same thing with ceramic material takes some serious creative thinking. Good thing that Rolex was never accused of being uncreative when it comes to manufacturing methods. They practically wrote the book on innovation.

The Rolex Batman price literally shot up over the past few years and it's virtually impossible to buy one for the MSRP anywhere and it doesn't look like it will come down in price any time soon either. So now may be a good time to sell one. The BLNR is one of those exceptional watches where if you bought one a couple of years ago and never wore it, you would be sitting on a few thousand dollars more than you originally paid. With the volatility of Rolex prices lately, there's no saying that it will be dropping in price in the foreseeable future so if you buy one you will likely pay at the very least the full list price.

The BLNR Rolex 116710 is not the first two-tone bezel Rolex. The Rolex GMT collection has always had watches with two-tone bezels…well before the Rolex GMT Batman was introduced. This is a tradition that has lasted for over 50 years. From their "Pepsi" bezel with red and blue tones (which come to think of it, with those colors it would be more catchy if it was called the "Superman") to their "Coke" bezel with red and black (Daredevil or Deadpool?) Rolex two-toned bezels always somehow received a nice nickname. We now have yet another color combination for the bi-colored bezel blue and black which is called the "Batman" or "Dark Night". Some even call it "The Bruiser" because of the black and royal blue hues. Why Batman? Well, black and blue are some of the most common color combinations used in the classic Batman comics and shows, and …it sure sounds catchy! 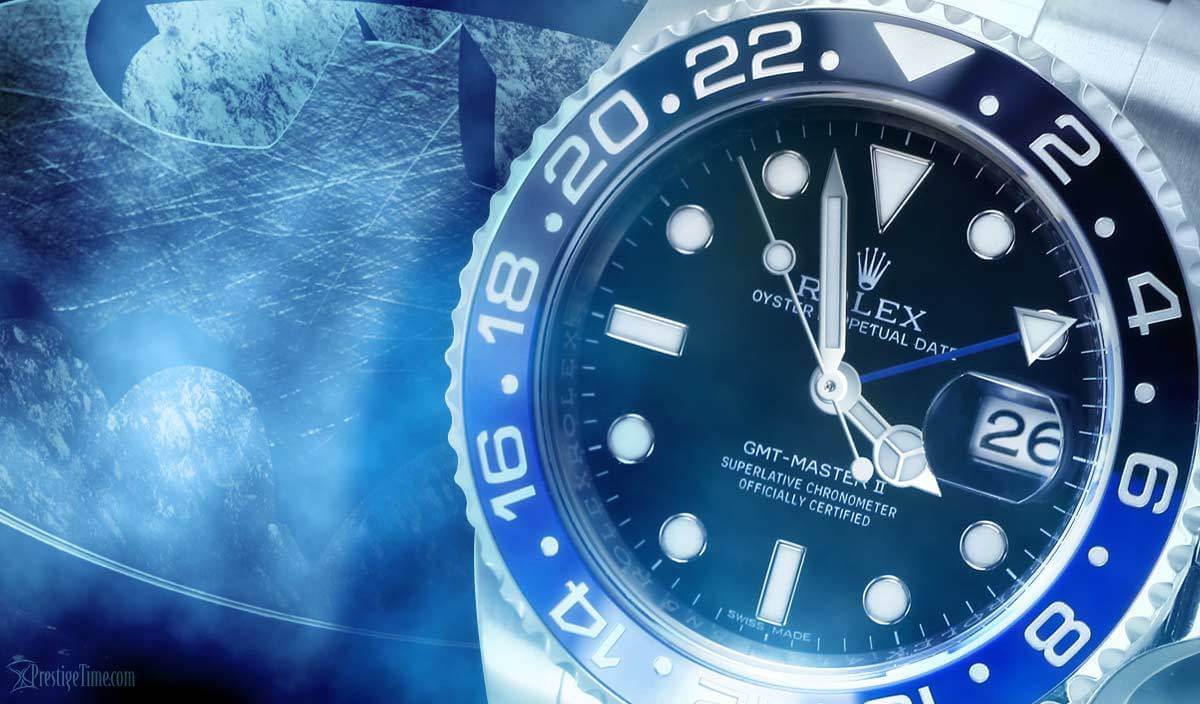 Rolex has used these duotone bezels for over half a century and the Pepsi and Coke dials had a practical purpose. They were an easy way to distinguish between the AM and PM hours.  The only catch was that the colors and contrast really stuck out like a sore thumb and those that are more conservative in the way they dress would need another choice of colors that would sit well in business attire. While there are many people that still love the red & black Coke bezels and red & blue Pepsi bezels around the dials, the black & blue is pushing its way up in popularity, most likely because of the versatility of the color combination of this black and blue bezel.

Which special features does the Batman Rolex GMT-Master II 116710BLNR have to offer?

The Rolex GMT-Master II "Dark Night" or "Batman" watch has a dual time zone feature and for the second time zone hand, uses a matching blue color on the GMT arrowhead hour hand which has a luminous fill. This GMT time zone complication is very convenient for people who travel or that make frequent calls to a country or state with another time zone.

The 40mm Rolex Batman GMT watch's case and bracelet are crafted of the highly corrosion-resistant 904L Oystersteel and utilizes the patented "Triplock" screw-down crown which locks the case as tight as the hatch of a submarine. This protects the Rolex 3186 caliber automatic movement which is a 31 jewel, COSC certified Superlative Chronometer which has an accuracy of -2/+2 seconds per day and beats at 28,800 VPH for up to a 50-hour power reserve. The dial has a luminous, seconds, minutes, and hour hand with luminous hour markers and a cyclops magnifying lense over the date window.

To people who love luxury watches, Rolex is truly a superhero watchmaker and deserves every hero nickname they get such as the Rolex Batman watch. Another superhero watch you should look at is the Submariner "Hulk" which got its nickname and fame due to its unique color. One of the good things about this watch is that in the dark night, you'll find a very bright legible dial. Index and dot hour markers and hands are filled with luminous material and glow in a bright blue hue. 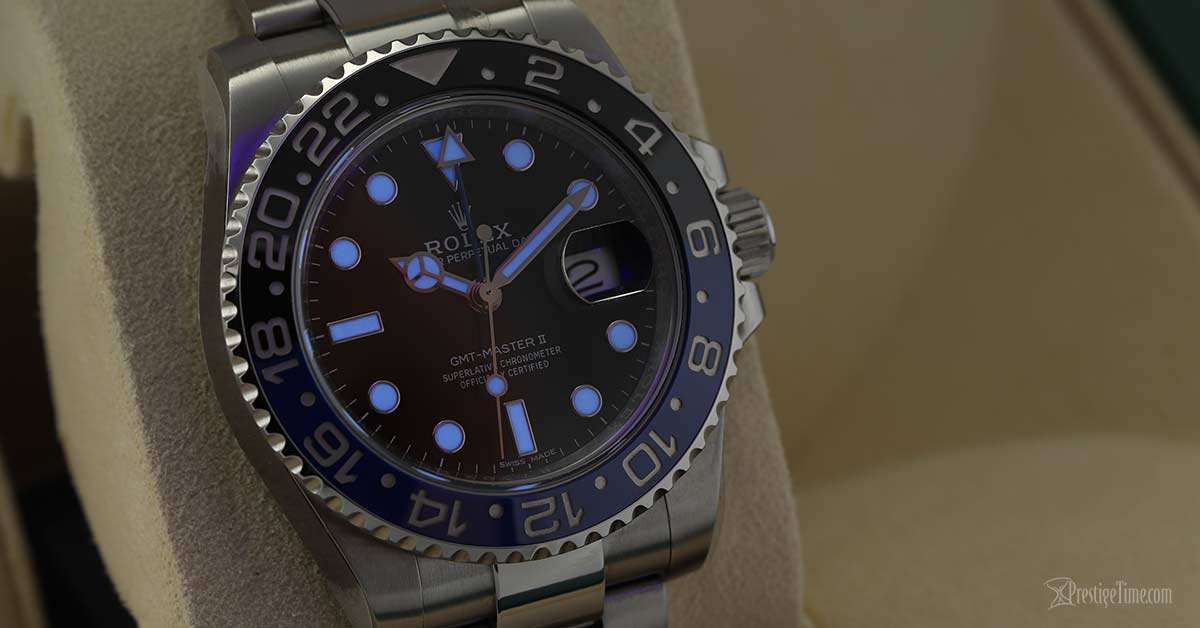 Is the Rolex Batman discontinued? From the time this article was written, the Rolex model 116710 BLNR discussed here has become more scarce since it's not being produced anymore and can still be found on the pre-owned market if you contact us. On the plus side, you can have a look at the full specs of the NEW 2019 Rolex GMT Master II "Batman" Jubilee model # 126710BLNR and the even newer 2021 126710BLNR Oyster model side-by-side: