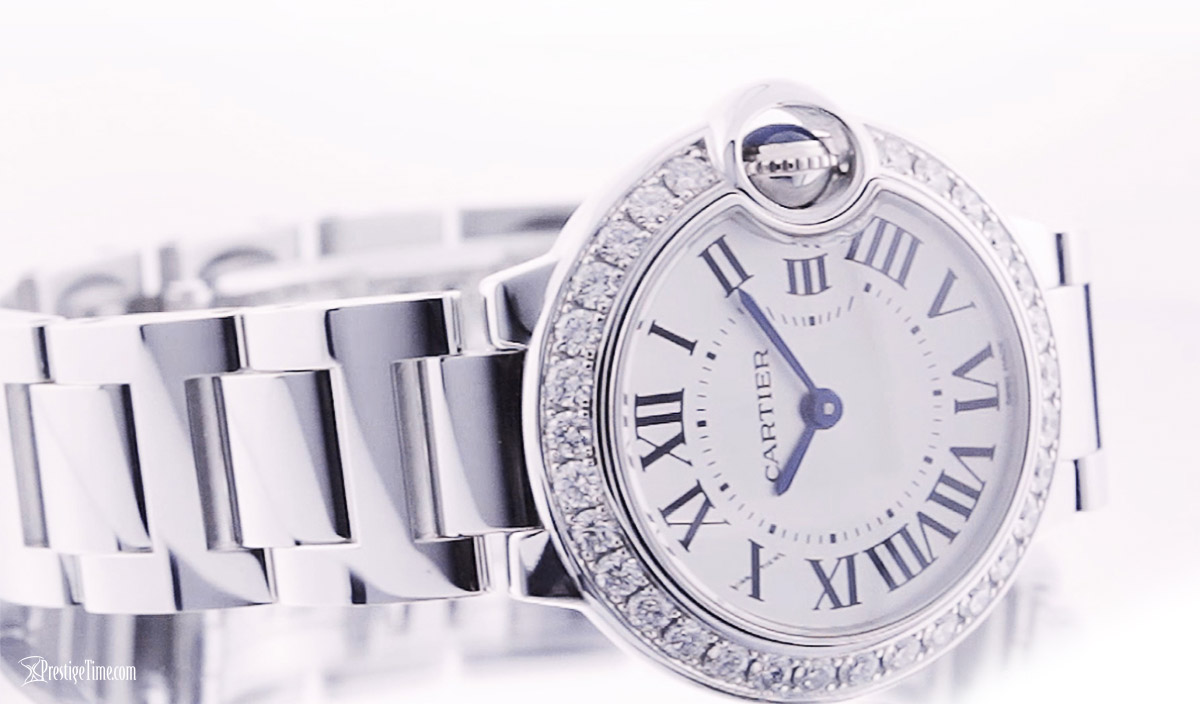 In this Cartier Ballon Bleu Review, we will discuss the 28mm, 33mm, and 36mm sizes. We will also discuss the different costs and prices and explain why this series is so popular.

Few things in this world are as reminiscent of the Chateau Versailles Great Hall Ballroom in Paris, France like the Ballon Bleu de Cartier watch. Just like the illustrious palace, each Cartier Ballon Bleu watch reflects the embodiment of royal absolutism and has been heralded as a major achievement in the art of French haute couture and in the case of the Ballon Bleu, Swiss horology too.

There are many different Cartier Ballon Bleu watch models and they vary in size, color, price as well as material combinations. Nonetheless, each is immaculately designed and holds very high standards of craftsmanship.

What makes the Ballon Bleu de Cartier so unique?

This Cartier watch design has just the perfect balance of feminine grace and strikingly bold features. This balance allows the watch to also have a very masculine look on the larger models and chronograph versions of these men's Cartier watches.

Aside from the unique blue sapphire cabochon crown and the distinctive pebble shaped case which is very comfortable to wear, the Cartier Ballon Bleu also are available with an elegant and ornate guilloche textured dial a wave-like pattern that is seen on all their Ballon Bleu models that don't feature a mother of pearl dial. These are hard to mimic and the intricate method of engraving is yet another distinctive feature that makes the Ballon Bleu so special.

What are the available sizes?

How much do they cost?

As possibly the most recognizable Cartier watch, the Ballon Bleu is second only to their legendary Tank series where the prices can go as high as $70k retail, while the Cartier Ballon Bleu price starts at about $4k and peaks at just above $61K when purchased brand new at the full manufacturer's suggested retail price from Cartier authorized dealers.

What makes them tick?

When it comes to the heart of the matter, the movement or caliber that powers the Cartier Ballon Blue watches, this watchmaker prefers to use their own in-house movements. Some models use a HEQ movement, the Cartier Calibre 057 Quartz movement.

What is the secret that makes this collection so special?

Ever since the Ballon Bleu de Cartier collection has been introduced in 2007, it held a strong segment of the luxury watch market since it is as much a jewelry piece as it is a fine Swiss timepiece with its charm and broad attraction. As an iconic watch from the French master jeweler, the Ballon Bleu has been spotted on the wrists of royalty such as Princess Kate Middleton and Hollywood A-listers such as Johnny Depp.

Like the Cartier Tank series, that offers both watches for men and Cartier watches for women, in a style that can be modern, ornate or simply elegant this collection has the versatility to attract a wide range of people and enough design configurations to stay relevant in the long term.